Our editors are the often invisible elves that keep Sun Star going. And, at the risk of sounding like braggarts, we’ve got one kick-ass editorial team. These are the diligent souls who read submissions, send out emails, edit and proofread, layout the journal, design covers, write blog posts, post to social media, and do all the small and large tasks of keeping Sun Star up and running. Our journal is a complete labor of love; these lovely lit lovers don’t get paid in anything but gratitude.

So this, our last post of 2017, is a toast to our editors, a multi talented bunch of writers, artists, musicians, teachers, and more! Here’s a small sample of what they’ve been up to in 2017:

Justine Chan’s poetry was featured in Seattle’s Poetry on Buses program and her fiction appeared in Booth’s Women Writers Issue. Justine’s also an amazing performer. Give a listen to her readings and music from this year.

Rachel Linn’s writing appeared in Pacifica, Storm Cellar, Cease, Cows, and more. Her illustrations have also been regularly featured in the Future Fire.  Keep an eye out for Rachel’s cover art for Lambda Literary’s Emerge Anthology to be released at AWP this spring!

Ann Shivers-McNair has been rocking her first year as Director of Professional and Technical Writing at the University of Arizona and publishing her research in Technical Communication, Kairos, and Crossing Divides: Exploring Translingual Writing Pedagogies and Programs.

Audie Shushan published the beautiful “Sex After Fascism” in Luna Station Quarterly and has been hard at work teaching at StoryStudio Chicago. Watch for her in MAKE Magazine!

Nora Broker published her breathtaking essay, “Ariel,” at Gertrude Press. She also wrote  eloquently about her own experience in support of the passage of HB2673A, an important bill to help transgender Oregonians change the gender markers on their IDs – and Oregon’s first standalone transgender equality bill.

Miranda Schmidt’s essay about myth and sexual harassment, “The Girl’s Who Turned Into Trees” appeared in Electric Literature and her selkie fairy tale, “Skin,” appeared in Triquarterly. This winter/spring she’s editing for Lambda Literary’s Emerge Anthology and for Phantom Drift (submit your fabulist wonders!)

Thanks for following Sun Star. We’ve absolutely loved reading all your stories and poems and essays and multigenre whosits this year! See you in 2018!

Diana. Goddess of the moon. Of the forest. Of the hunt. Keeper of mysteries. Solitary woodland wanderer. Guardian of women. Artemis.

In this figure, we find a union of nature and the multifaceted feminine. Diana is a huntress, but she is also beloved of the forest. She lives in balance with the world around her. She is able to take what she needs without destroying the whole. In this aspect, Diana’s forest is a harmony that does not mute the individual, but makes space for all our voices. In a time marked by environmental devastation, human domination, masculine violence, xenophobia, white supremacy, homophobia, and a fear of anything deemed “other,” we need this vision of Diana’s forest more than ever.

As a journal run by women, we have been horrified, but, in many ways, unsurprised, by the events of this past year. At times, we have been rendered speechless by what we see our country and our world becoming. But, often, we have found renewed urgency, renewed power, in words. Our literary moment is responding to our historical one with a vital multiplicity of voices and visions. Reading the work featured in journals and presses and readings around the country this year, hearing so many voices rise up with their words, gives us hope, even in this perilous moment, for our future.

We’re so excited to announce our nominees for this year’s Pushcarts! We’ve been fortunate to read so much beautiful work in 2017 and these pieces particularly stood out to us:

We wish you all the best of luck and thank you for contributing your wonderful words to Sun Star. 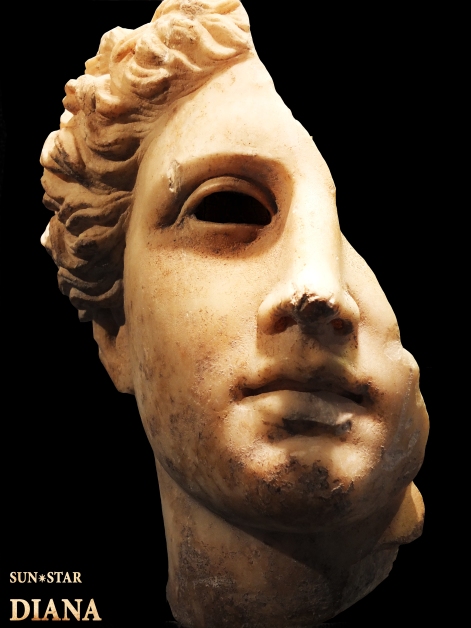 Watch for her here.